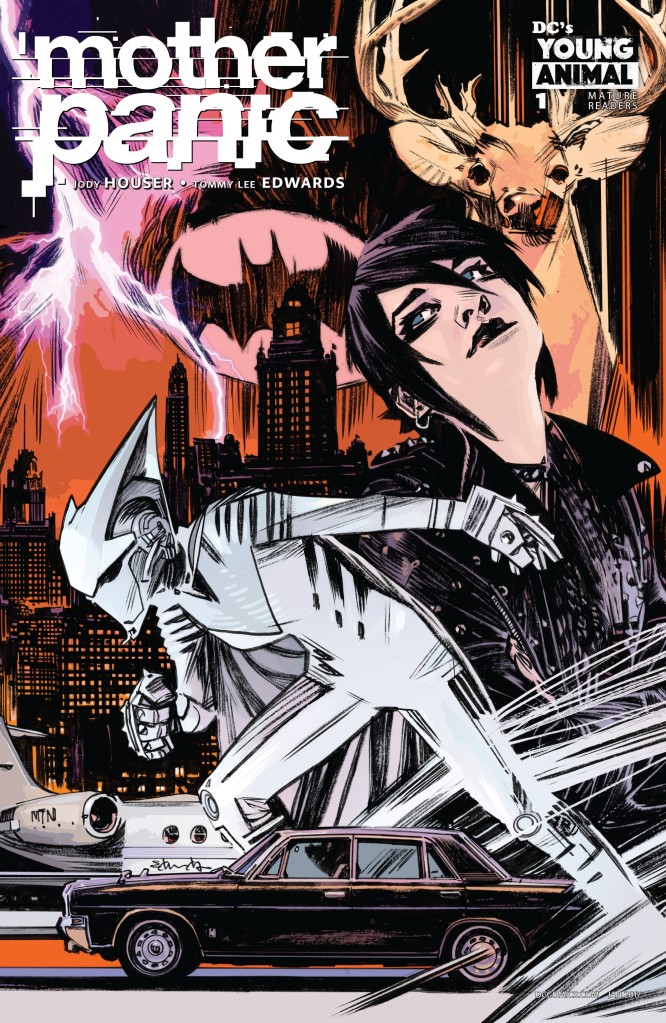 DC’s Young Animal line is suppose to be the successor to the Vertigo line for except set in the DCU. It is interesting that this series is set in Gotham City and even features Batman in a scene because 1) The city is already crawling with costumed vigilantes 2) would DC allow Mother Panic to appear outside the Young Animal line because when they had vertigo characters they were not allowed to be in the Teen and Up series. I am of the opinion they should because this seems like an interesting character. I say she is interesting because she is a foul mouthed vigilante who has a cool new look to her costume. I hope she isn’t just another rich person with tragic past because we already have that with Batman and Batwoman. Let’s hope Mother Panic shows in future issues how she stands apart. 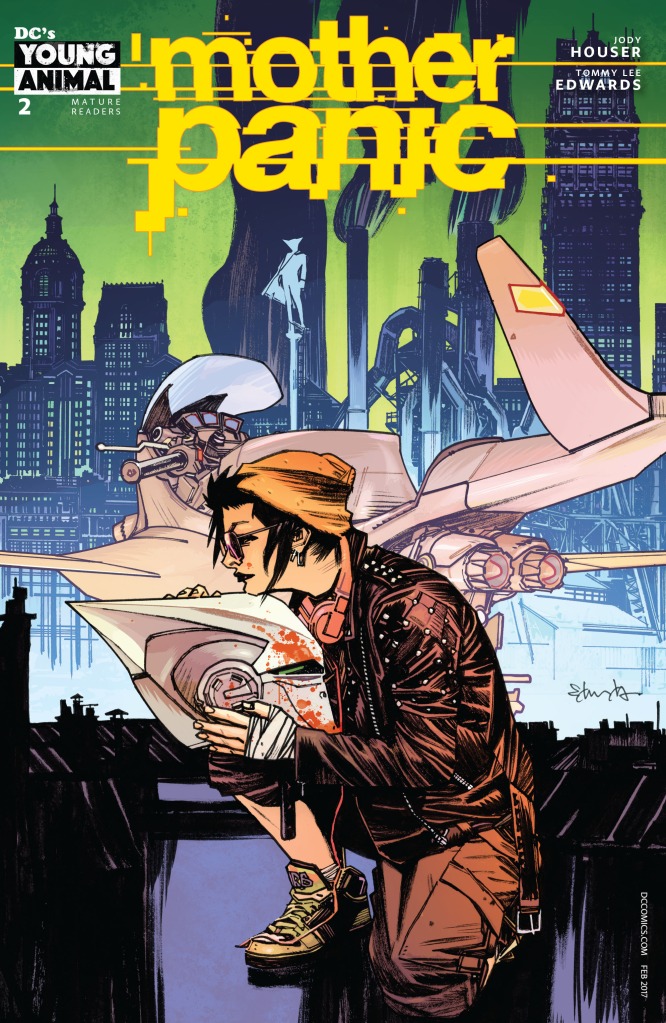 This was another intriguing issue of Mother Panic. I thought she was going to be a violent vigilante but she is seemingly unable to kill in this issue. It would be great to see a team up with Cassandra Cain! Edwards’s art is a little too confusing for my tastes – but it depends on the panel. I wasn’t quite sure what was going on when Mother Panic went after Helmsley. The backup story was interesting as well. I like how this book is being set up as the people’s perspective Gotham City book kind of like Gotham Central was back in the day.