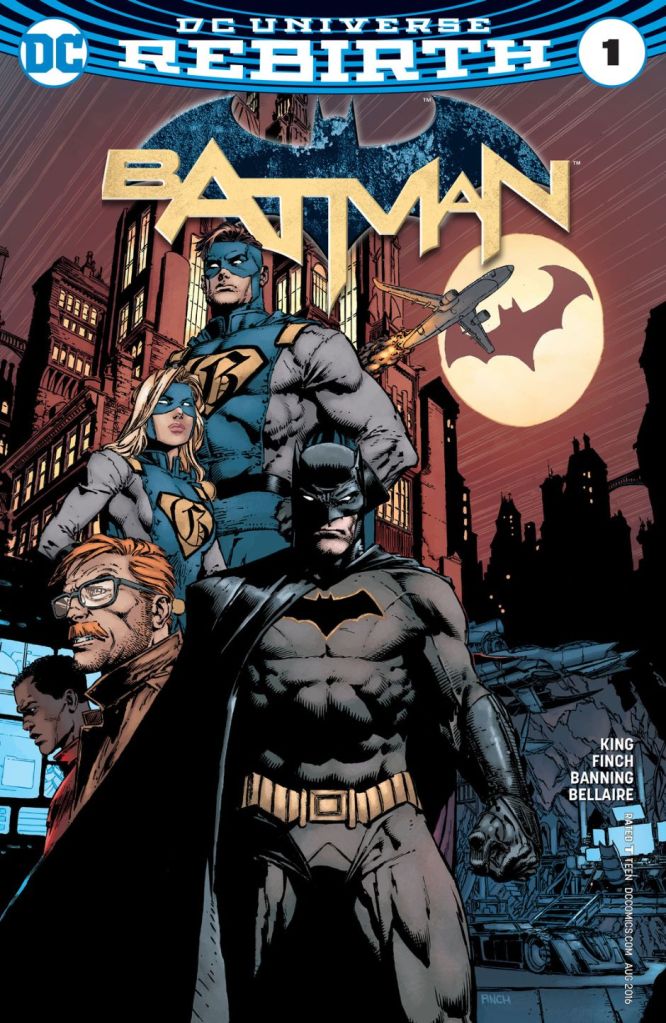 In the first issue of this new Batman solo series, Batman prepares to give his life to save a plane full of people that almost crashes into Gotham. Spoiler Alert…he ends up not dying although he prepares to say goodbye to Alfred in a touching scene. The plane is actually saved by two Superheroes calling themselves Gotham and Gotham Girl. The idea of heroes showing up in Gotham with actual powers is an interesting thing. Would this make Batman feel useless? I guess we will see. I enjoyed the art in this. Finch knows how to draw Gotham City and its world well. Also, who is this new Batman protege Duke Thomas? I don’t know anything about

I love how Duke asks Batman if he trusts these new heroes of Gotham and Gotham Girl, and he says “I don’t even trust Alfred.” That made me smile. I thought this would make Batman jealous to have super powered heroes but I should have known better – Batman is a true hero and wants what is best for Gotham City. These heroes could stop things he cannot stop and he knows that. I loved how the Gotham Man is confused when Batman dissapears when talking to Commissioner Gordon. But who are these two heroes and how do they have powers that are almost Kryptonian in nature? I do not like how skinny Finch draws Amanda Waller. She is way too thin in this. But that is my only complaint about this issue.