Ugh. I hate that here I am reading another series titled Batgirl not starring the one and only Batgirl named Cassandra Cain. Instead we had these purpley Batgirls Stephanie Brown last time and now we are back to Barbara Gordon. Don’t get me wrong I love Barbara Gordon…as Oracle…where she made sense. Why do we need a purpley Batgirl who has a costume that could not scare a fly. In this issue, Barbara Gordon heads on a trip to Japan to meet a former hero named Fruit Bat and I guess the old lady can still fight. She also meets an old friend from Chicago while in Japan. It was well-written and everything but I miss Cassandra as Batgirl so much. This was too bright and happy and purpley for a Bat story. Also, with so many Golden Age heroes around….why did Larson make one up for this story. Come on if you are a writer in the DC Universe sandbox…utilize it’s many toys! 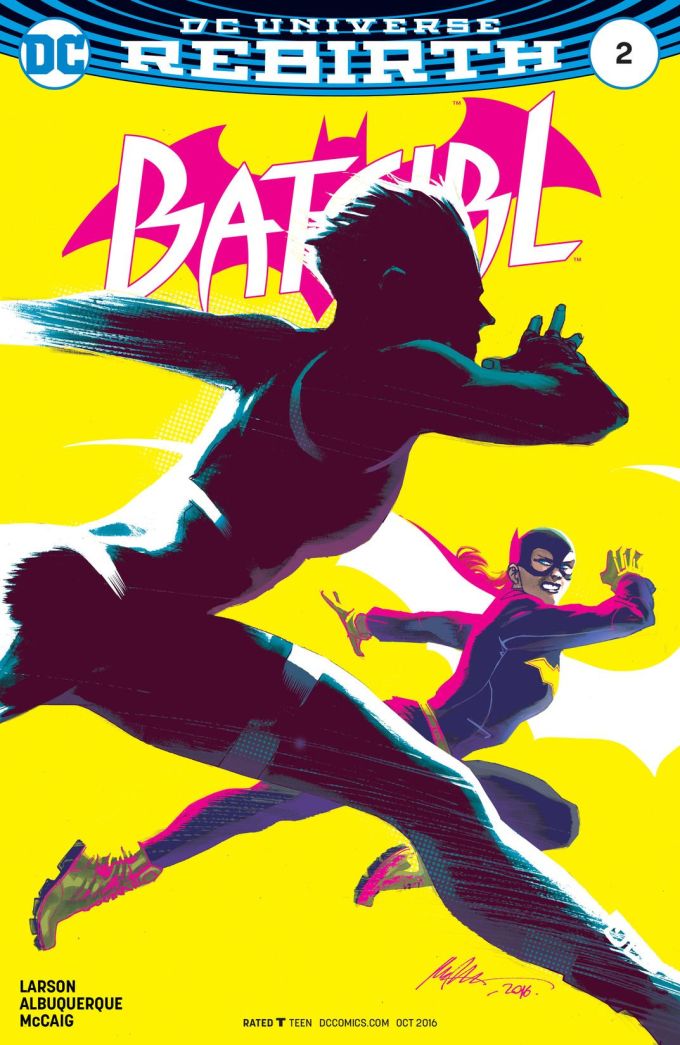 Okay so Barbara keeps mentioning Burnside and it has been mentioned in other books. What is it? A town or a neighborhood in Gotham? A quick google search made me realize it is a Hipster neighborhood in Gotham. Ha, like Logan Square or Wicker Park in Chicago. Babs’s new boyfriend Kai is a hunk! She should not be so worried about being with him.