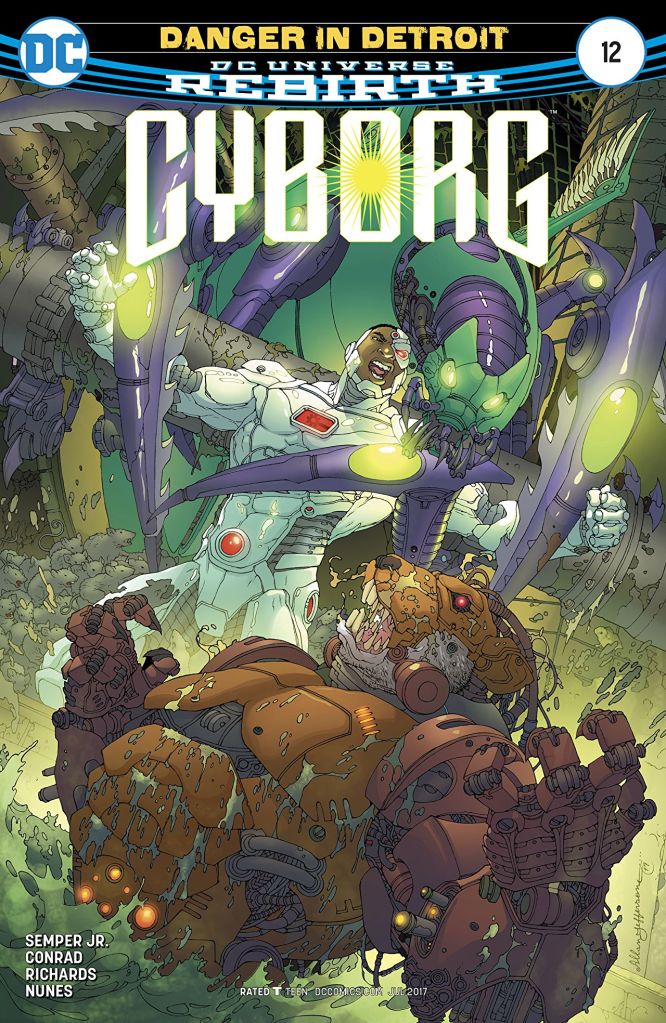 Will Conrad’s art is downright beautiful in this issue and it fits the series well…but can’t we have him on a higher profile book? In this issue, Exxy does a rap about Cyborg and it is very cute. In fact, I love the idea of Cyborg has the hero of Detroit. Semper Jr is doing a good job of building Cyborg’s hero dynasty with a city and a great supporting cast. This was a good issue. I wonder how Cyborg’s six month time jump works in the context of him being in he Justice League. I mean he wasn’t missing for six months on the team?

This was another good issue of this series as Cyborg teams up with Black Narcissus to take down a new villain called Fyrewyre and eventually gets captured by Anomaly. There was a few times in this issue where the characters basically talked to themselves. I don’t see why those could not have been thought balloons. It would have made way more sense.