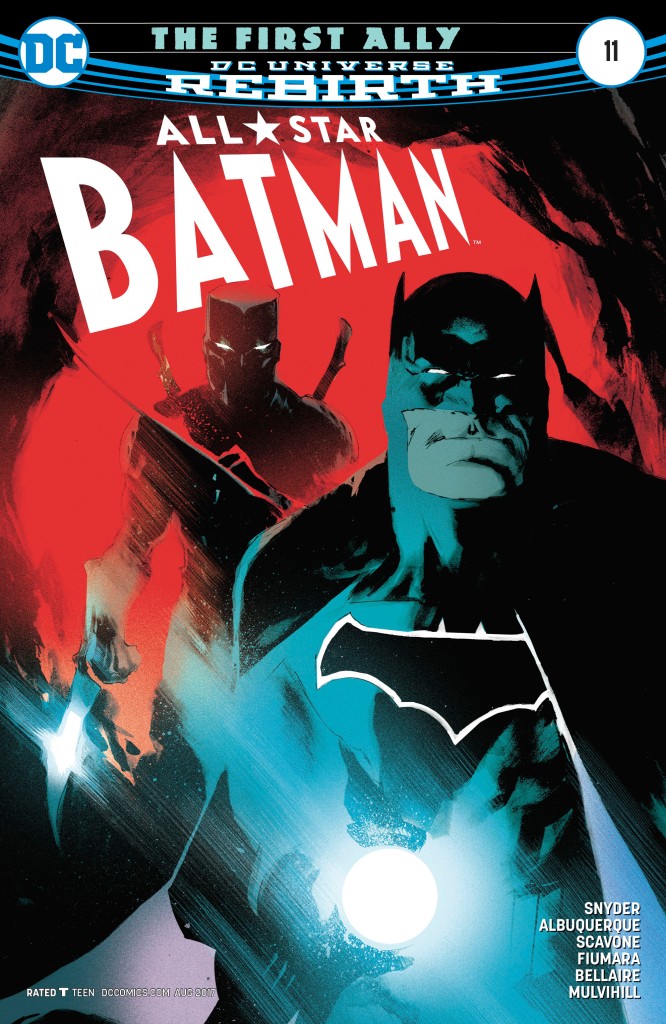 This was a high stakes issue that took Batman from fighting alligators to teaming up with Penguin, Black Mask, and Great White to nearly bleeding out in a casino submarine. Snyder does know how to write a good James Bondish Batman story. I have no idea who the big bad of this issue is or what he has to do with Alfred’s past but I enjoyed this comic and look forward to seeing where this story goes. I can’t say that I really like the way Alfred was betrayed in the entire issue though. I don’t buy that Alfred wore a punk rock hair cut in his teen years but maybe that was just a poor artistic choice.