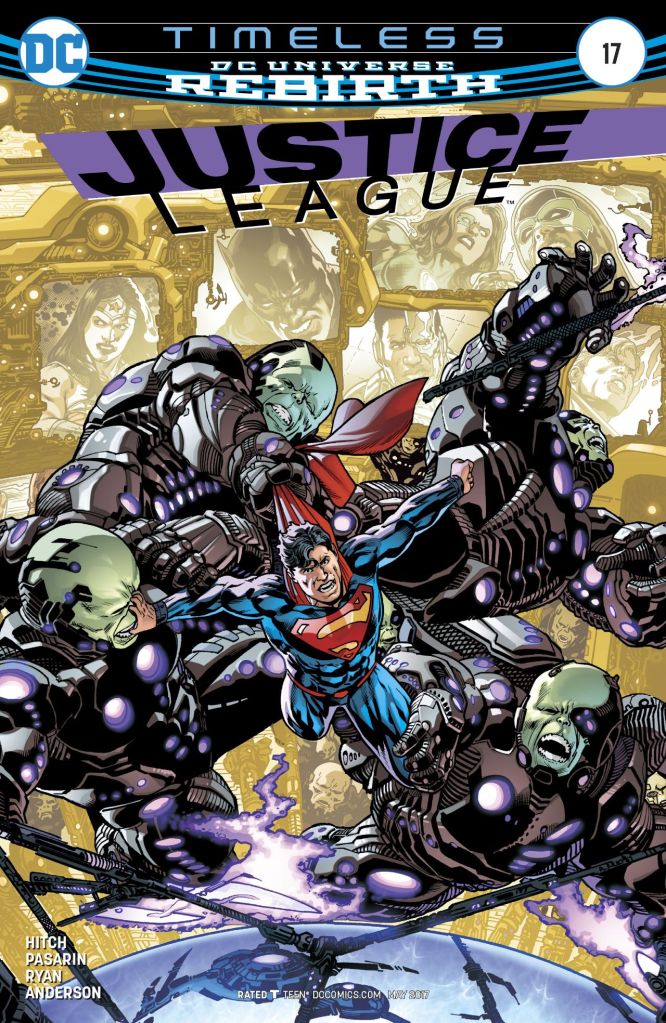 The latest issue of Superman made it seem like the New 52 Superman and our Superman were really the same being split in two but this issue has Tempus saying that our Superman is an anomyly. I wonder how this fits together. I just realized that the latest issue of Superman seems to be playing on the Superman-Red (New 52) and Superman-Blue motif. That’s cool! Anyways, on to this actual comic book I am reviewing. I love how intricately connected all these books are. The editors are doing a stand up job (except for the Aquaman book and its crazy Atlantis destroys half of Boston but it is not mentioned in any other comic crap) as Wonder Woman and Superman’s going ons in their respective solo books are referenced here. And this issue is representative of what this series should have been from the start – epic Justice League stories where the threat could destroy all of space and time. I like how the villain is utilizing magic, Green Lantern energy, and the Speed Force to move the Earth somewhere else because a dark force is going to come after the heroes and he wants to separate them from the rest of the univer. Could this coming threat have something to do with Rebirth? Is it Doc Manhattan or something specific to this book? We shall see.