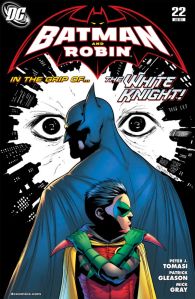 This was a great issue. I can’t get enough of Gleason’s art. Jane Doe makes an appearance from Paul Dini’s run on Streets of Gotham! I always liked her. Batman defeats the White Knight whose origin is revealed as a boy who witnessed his father’s murder at Arkham. 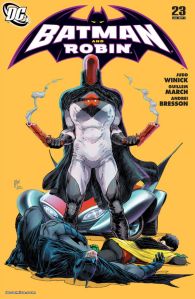 Judd Winick returns to the character he essentially created when he brought Jason Todd back to life as the Red Hood. I have to say Morrison wrote the character the best. I was afraid Winick would ignore Morrison’s work but he includes it in this issue even having Jason have light hair again. He isn’t in costume yet but the cover seems like he will be using the new Red Hood costume still so all is good. Honestly I have never thought it was a great idea to bring Jason back butit always seemed like Winick never got to finish the story he started when it got wrapped up in Infinite Crisis so I am interested in seeing where this goes. 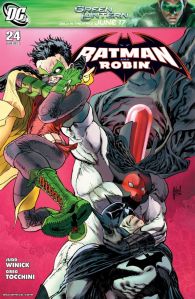 The art change in this issue was jarring to say the least. It wasn’t bad art but it is nothing like the previous issue. Anyways I am sad to say Jason does get a new costume in this issue that is more like the boring one he had before Morrison’s run. Scarlet also makes her return in this issue and Batman, Robin, and the Red Hood will have to team up next issue to save her so it isn’t all bad. 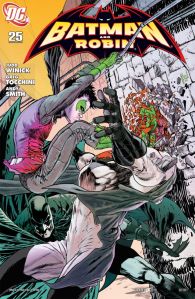 This was an okay issue. Very mediocre really. But at least Scarlet and the Red Hood are team mates again. I wonder if she ever shows up in the New 52 because she is an interesting character. I liked the comparison between Dick and Jason but it has been done to death. 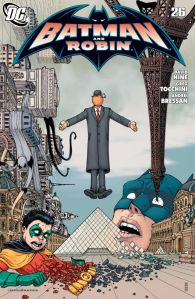 Okay this was a very disturbing but well done-in-one comic starring the Batman of France, Nightrunner, and Dick and Damian as the fight the Man Who Laughs who is almost as scary as the Joker! This was grotesque but very well done as only David Hine can do it.